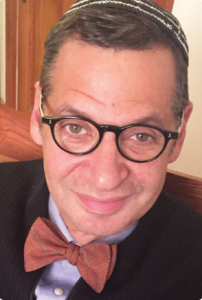 From the KC Jewish Chronicle

The Rabbinical Association of Greater Kansas City includes Orthodox, Reconstructionist, Conservative and Reform rabbis and serves as the rabbinic voice in and for the Jewish community and the larger Greater Kansas City community. It guides the community in making religious decisions for community events, supports the rabbis in their personal and professional growth and develops and nourishes collegial relationships within the association.“Our rabbis set aside denominational differences and work in concord for the betterment of our Jewish community at large,” said Rabbi Alpert. “Each year, our association sponsors several community-wide religious and educational events, including holiday programs for Selichot, Shavuot, Tikkun Leyl Shavuot all-night study program, Tisha b’Av, Purim and a second night of Passover seder.”

He pointed out that The Rabbinical Association also offers a yearlong community-wide course, Judaism for Conversion Candidates; a day program of Jewish learning, the community-wide Day of Discovery; and a community Professional Development Day for Jewish educators. The Rabbinical Association has partnered with Jewish Family Services in creating the Community Mental Health Coalition and JFS Food Pantry and supports and participates in community programs such as Yom HaShoah, Yom HaAtzmaut and the Jewish Arts Festival.

The Rabbinical Association was incorporated June 17, 2002. The association existed as an unincorporated, entirely voluntary group for about 25 years. The first regular gatherings date to the mid-1970s. Over the years, the rabbis in Greater Kansas City have established a pattern of community-wide collaboration and have been called upon to provide information, guidance and leadership on both Jewish and interfaith issues. Today, the rabbis meet monthly, functioning as a board of directors, dealing with issues brought to them by the community and issues and programs of their own initiative.

A lifelong Kansas City resident, Rabbi Alpert completed his rabbinic studies at the Academy for Jewish Religion in Yonkers, New York, and was ordained in May 2012. He holds a master’s degree in Judaic studies from the Siegal College of Jewish Studies in Cleveland. Rabbi Alpert is also an attorney and received his juris doctorate in May 1983 from the University of Missouri–Kansas City. He served as the executive director of the Kansas City Jazz Commission and legal counsel for the International Association of Jazz Educators.

Rabbi Alpert is a dedicated leader in the community, and has devoted endless hours to improving both the local and national Jewish communities. He is involved in nearly two dozen social justice organizations, serving in numerous leadership positions. He is a member of the Clergy Caucus and co-chair of the Criminal Justice Taskforce for the Metropolitan Organization of Racial and Economic Equity and serves on the boards of the Missouri Faith Voices, the Missouri Jobs with Justice, the Missouri Executive Committee of NAACP and on the Immigration Task Force of T’ruah, The Rabbinic Call for Human Rights. He is an ally on the Stand Up KC-Fight for Low Wage Workers and president of Missouri Health Care for All.

Over the years, Rabbi Alpert has held several volunteer positions with the Jewish Federation of Greater Kansas City and has also served on the Interfaith Council of Greater Kansas City, the Mid-America Regional Council and Kaw Valley Arts Council, the Jewish Education Task Force of North America and was a fellow for the Helzberg Initiative for Adult Jewish Leadership. He was the featured speaker at the 2017 Women’s March in Kansas City, Missouri, the Gay Pride Interfaith Service and Citywide Vigil-Pulse Nightclub shooting in Orlando, Florida.

Rabbi Alpert is married to Fay Balk and the father of three sons.