My Trip to Juarez and El Paso 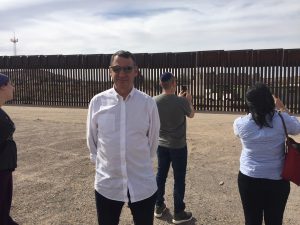 Of the many human rights/justice issues with which I am concerned, nothing should resonate more strongly for us as Jews than seeking an open, compassionate immigration policy. The stories of present day asylum seekers coming from Central America, Southern Mexico and elsewhere in the world have, in the past, been our Jewish stories. If we cannot connect with and feel empathy for present-day asylum seekers than we have lost a sense of who we are and our most deeply held Jewish values; do not oppress the stranger/love the stranger for we were strangers in the land of Egypt.

That is why I decided to to take a second human rights / border / immigration trip, this time to Juarez and El Paso, in partnership with the Hebrew Immigrant Aid Society (HIAS) and T’ruah – the Rabbinic Call for Human Rights.

The most important information I bring back, are the stories of asylum seekers, and the work being done by heroes at the border. Before delineating some of those stories, my overarching takeaways are that:

We went to the border wall at Sunland Park, New Mexico. This is the same location where the leader of a militia group was arrested for misleading asylum seekers – telling them that they were being held by official government border patrol officers. The militia group were also in possession of illegal firearms, and were charged with kidnapping asylum seekers. We saw the militia’s encampment. The wall does nothing to prevent people from crossing the border illegally (those who do cross illegally do so in much more remote locations), rather, it only serves to isolate an impoverished community in Juarez.

We met a woman at a migrant center in Juarez. She spent over a month traveling up to Juarez with her baby to seek a better life in the United States, free from the threat of violence and poverty. She broke her shoulder on the first day of her journey, and yet, rather than turning back, continued on her dangerous journey to seek a better life for herself and her child.

On the hopeful side, we met Ruben Garcia, the director of Annunciation House in El Paso. He has been working for the rights and protection of immigrants for forty-one years. When one thousand asylum seekers are about to be released on to the streets of El Paso with nowhere to go, he, more than anyone, finds places for them to stay and food to eat.

We met Rabbi Ben Zeidman of Temple Sinai in El Paso. His Shul provides one thousand meals a week for those seeking asylum coming into the El Paso area.

The work of Annunciation House, the Hope Border Initiative in El Paso, HIAS and T’ruah are doing compassionate and meaningful work; all against a constant barrage of cruel policy against the most vulnerable. Here in Kansas City, work for vulnerable immigrants is being done by the Migrant Farmers Assistance Fund and its director Suzanne Gladney, and of AIRR-Advocates for Immigrant Rights and Reconciliation. 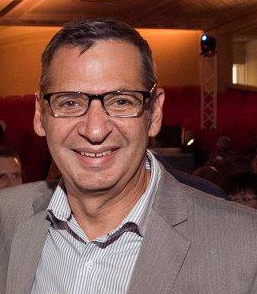